Marketing for Beginners: Your Personal Brand

The majority of U-PIC’s customers are eCommerce brands. Our entire business model revolves around our customers shipping products out, so we think that it only makes sense to share what we know about growing eCommerce businesses, with you. In the truest sense of the words — your success, is our success. So, from time to time we will share marketing tips and tricks that may help you better position your business to succeed in the growing but volatile eCommerce landscape.

If you’ve done any deep dives into marketing, advertising, and branding for your eCommerce business you’ve likely heard people talking about your ‘personal brand’. If you’re an old school soul this may be a bit confusing.

In 2018 and likely beyond, you the individual, and your business, are essentially one — if you are active on social media. When CEO’s of major brands like Elon Musk of Tesla and SpaceX, Mark Zuckerberg of Facebook, and Donald Trump of…well, I’m going to leave that one alone; are out on the frontlines as the face of the brand — it’s very telling of where the market is going for business leaders. In our newly interconnected world, people want to know who they are doing business with.

This opens the door for some major possibilities, and inherent dangers. In this blog we’ll dive into what branding is, what your personal brand is, and some things you need to avoid (well, try to avoid at least) as a representative of your personal brand.

Branding has many definitions depending on who you ask; all of which seem to center around creating the look, feel, and story of your company and its products. A centralized theme that unifies all aspects of the organization to make everything it does easily and readily identifiable by its customers and prospective customers. It’s what makes you, you…and what makes you different than the competition.

Pepsi and Coca-Cola have both executed brilliant branding campaigns over the decades. Both products are very similar at the end of the day, but each one has its die-hard fans.

While the flavor of each soda (that’s right Midwesterners, I called it soda like it’s supposed to be!) touches every individual’s palate differently, it’s rather undeniable that Coca-Cola has won the war with more than double the market share. In fact, some areas of the country refer to soda in general as Coke. You find similar instances with Kleenex, Velcro, etc., where the name of the product or brand has become a valid descriptor. Much of this comes down to what the men and women in each organization’s creative department have been able to put in front of the masses. How they have built out their brands in the eyes of the public.

If some of you are old like I am you may remember the Pepsi Challenge in the 1980’s. In what was a true double-blind experiment, soda enthusiasts were blindfolded and asked to drink two small unmarked cups of soda (one Coke, one Pepsi), and then choose the one they liked the most. Pepsi invariably won the taste tests. In fact, I distinctly recall taking the Pepsi Challenge myself as a child, at Raging Waters (a water park east of Los Angeles, CA); and choosing Pepsi as my favorite. Logic tells us that the soda that people thought tasted better should be the market leader…but it isn’t. That is because the people in charge of the brand experience chose a method that resonated better with the public, plain and simple. Coca-Cola did a better job at branding, and they own the market because of that. 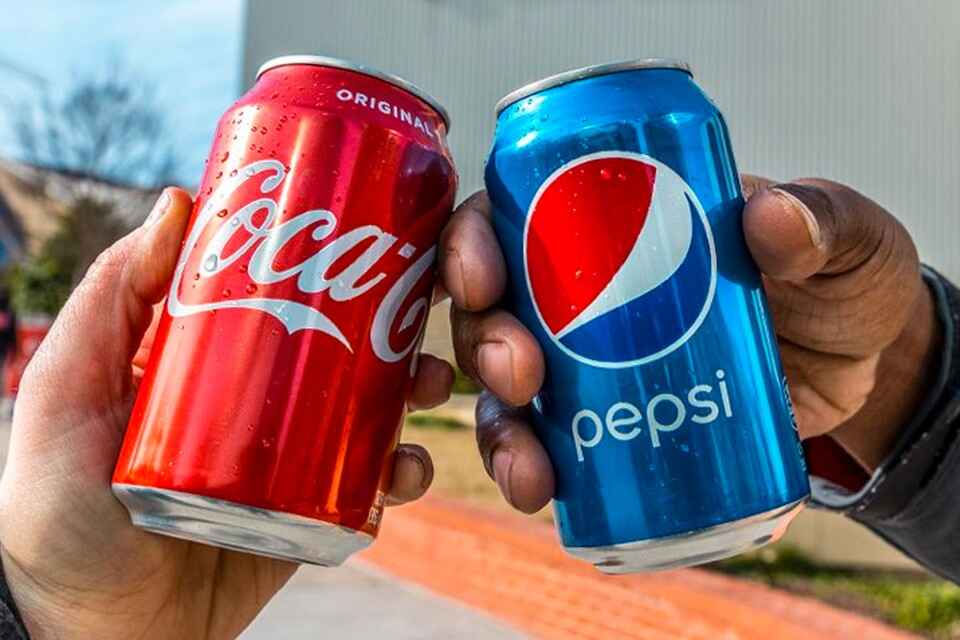 In 2018 it’s easy for company executives to fill the role of what used to be an athlete, actor, or model as the face of the brand. The spokesperson. Social media makes this accessible for anyone, really.

In addition to the aforementioned executives, you’ll likely know George Zimmer of The Men’s Wearhouse (“You’re going to like the way you look…”), Dave Thomas of Wendy’s, and of course Colonel Harland Sanders of Kentucky Fried Chicken. And if you grew up in Southern California in the 80’s and 90’s, well you know that if you need a truck, you go see Cal and his dog Spot, down at Worthington Ford in Long Beach. These company executives ran massive, incredibly expensive television branding campaigns for years, decades even.

But now you know of Richard Branson of Virgin (et al), Tony Hsieh of Zappos, John Legere of T-Mobile, Tim Cook of Apple, Gary Vaynerchuk of VaynerMedia, and so many other company executives who lead their organizations with an open door (to the connected world). You know these individuals because you can literally talk to them any time you want…assuming they have time to respond, of course. These CEO’s understand what a personal brand is. These CEO’s and the brands that they represent have become synonymous. There is no separating Richard Branson from Virgin and all of its business entities, for example.

By giving names and faces to the companies that consumers do business with, these companies are able to break down barriers that typically exist between a consumer and the nameless, faceless behemoth from where they buy their (insert commodity here). People like interacting with people; we enjoy a personal touch, especially when we are forking over hard earned money. We’re much more apt to give away our money to someone who we look up to, and agree with.

And therein lays a major challenge…

The Danger of Saying Literally Anything to Anyone in 2018

The headline for this section of the post likely offended someone, somewhere. “You can’t please everyone…” is something your mom probably told you hundreds of times while you were growing up, and it is incredibly true to this day. However, in a world so connected, this is really only the tip of the iceberg. Not only can you not please anyone…but almost anything you do will leave enough of a trace to offend someone, somewhere.

To combat this, it pays to study your core customer, understand them in general, and then stay on track with only discussing things that matter to them, in kind. Your religion, your politics, your take on abortion — save it. Avoid it. Forget all about it. These are things for you to discuss with your close circle of friends, if that. However, subjects that are relevant to your business, (some) hobbies, and things that you and your organization are doing to make the world a better place — have at it!

It pays to have a social media manager who is tied in with the thoughts and opinions of the world en masse, as well. Someone who can stop you from sending that tweet before you cause your world to implode. Your personal brand, and your business can live or die based on what you say in public and private.

The following should not be news to anyone. Here are some tools that you can use to enhance your personal brand, as of writing in Q3 2018.

Do you have questions on how to build your personal brand? Email us at sales@u-pic.com, we're happy to help!

Stand by for more marketing tips in the near future.